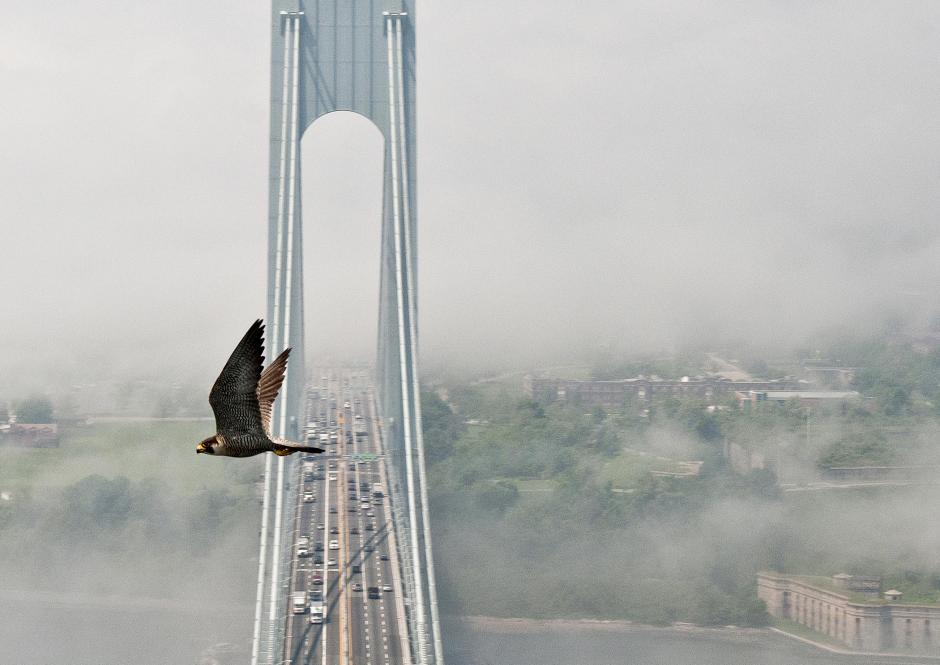 When it opened in 1964, the Verrazzano-Narrows Bridge was the world's longest suspension span. The ends of the bridge are at historic Fort Hamilton in Brooklyn and Fort Wadsworth in Staten Island, both of which guarded New York Harbor at the Narrows for over a century. The bridge was named after Giovanni da Verrazzano, who, in 1524, was the first European explorer to sail into New York Harbor.

Its monumental 693 foot high towers are 1 5/8 inches farther apart at their tops than at their bases because the 4,260 foot distance between them made it necessary to compensate for the earth's curvature. Each tower weighs 27,000 tons and is held together with three million rivets and one million bolts. Seasonal contractions and expansions of the steel cables cause the double-decked roadway to be 12 feet lower in the summer than in the winter.

Located at the mouth of upper New York Bay, the bridge not only connects Brooklyn with Staten Island but is also a major link in the interstate highway system, providing the shortest route between the middle Atlantic states and Long Island.

In Brooklyn, the bridge connects to the Belt Parkway and the Brooklyn-Queens Expressway and to the largely residential community of Bay Ridge. On Staten Island, which saw rapid development after the bridge opened in 1964, it joins the Staten Island Expressway, providing access to the many communities in this most rural of the city's five boroughs.