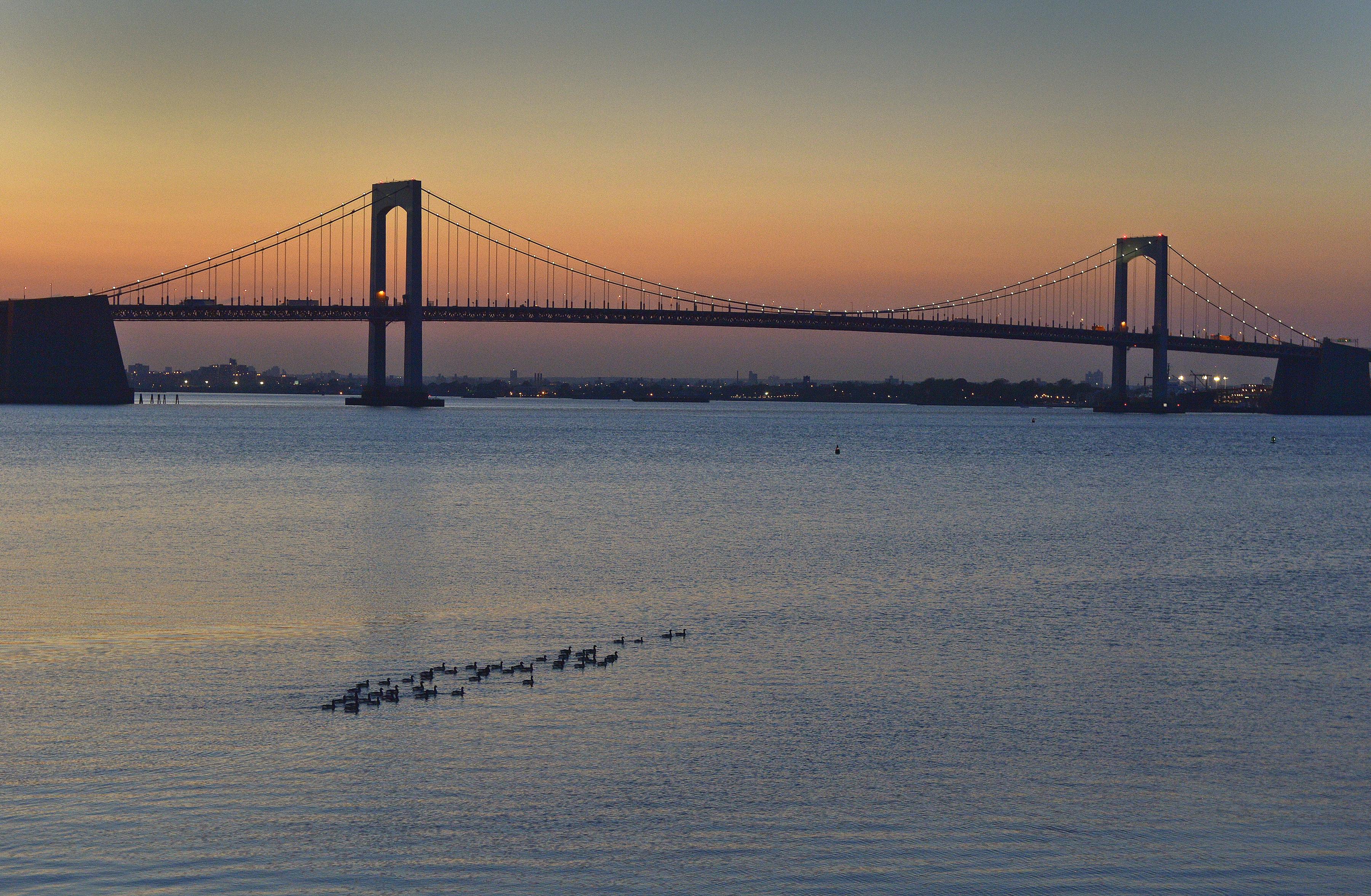 Astride the meeting place of the East River and Long Island Sound, the bridge serves as a vital link in the city's interstate highway system. On the Bronx side it feeds into the Cross Bronx and Bruckner expressways, the Hutchinson River Parkway, and the New England Thruway, providing access to New Jersey, upstate New York, Westchester County. and New England. On the Queens side it feeds the Cross Island Parkway, the Clearview and Long Island expressways, and the Grand Central Parkway, which lead, respectively, to Long Island, Manhattan, Brooklyn, and points west.

The bridge's Bronx neighborhoods are the residential communities of Throgs Neck and Locust Point and the S.U.N.Y. Maritime College at Fort Schuyler. On the Queens side are the residential communities of Beechhurst, Bayside, and Little Bay Park, as well as historic Fort Totten. The name Throgs Neck was derived from that of John Throckmorton, who settled in the area in 1643.