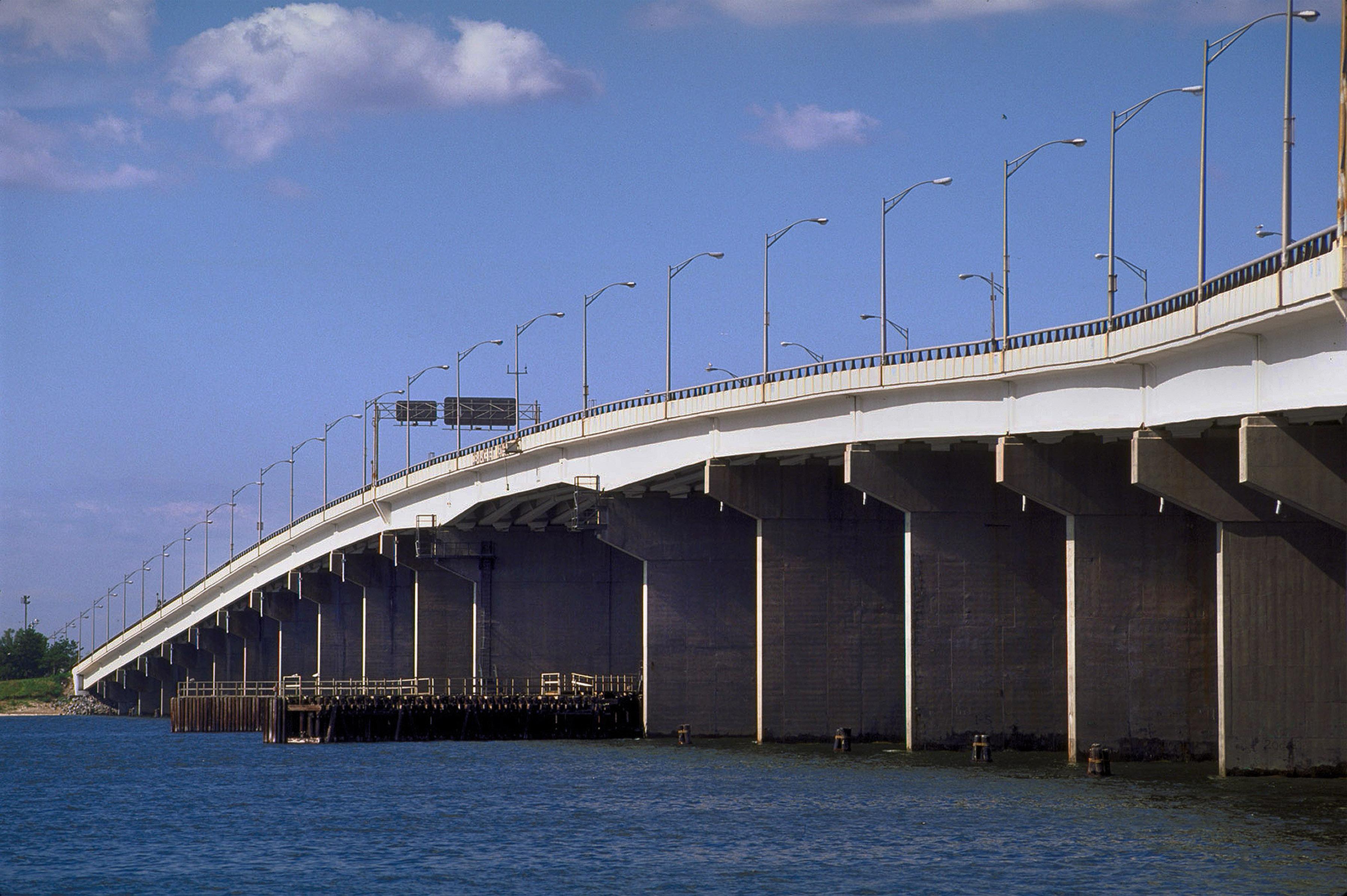 In 1939 the New York City Parkway Authority built the Cross Bay Bridge and Parkway, along with beach improvements in the Rockaways. This was part of a program to develop Jamaica Bay as a residential and recreational area, instead of following a previous city plan to develop the area as a huge industrial port. The following year, the New York City Parkway Authority was consolidated with the Triborough Bridge Authority.

The 1939 bridge was a low level bascule bridge (drawbridge). In 1970, the TBTA completed the present Cross Bay Veterans Memorial Bridge, a high level fixed bridge, which permits boats to pass under it without the traffic delays caused by the lifting of a bascule bridge.

Located four miles east of the Marine Parkway Bridge, which connects the Rockaway Peninsula to Brooklyn, the Cross Bay Bridge connects the peninsula to the rest of Queens, the Belt Parkway, and the Southern State Parkway.

Cross Bay Boulevard, at the span's northern end, runs through the Jamaica Bay marshes, where one finds the waterside community of Broad Channel and the Jamaica Wildlife Refuge. The bridge's southern end leads to the beaches, boardwalks, and seaside communities of the Rockaway Peninsula.